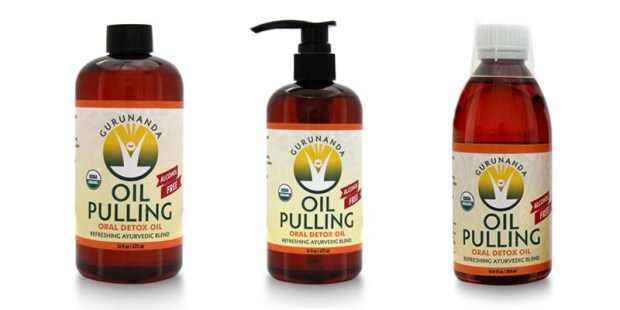 Thanks to the lovely folks at GuruNanda, I got the chance to experiment with an ancient technique called oil pulling. For those of you, who are not familiar with the term oil pulling, do not feel ashamed. At first, I was quite confused by the whole concept myself, so upon receiving my package in the mail, I decided to do a little research. Here is what I found out before I began using the GuruNanda Oil Detox.

Now, those are just some of the main points I found on GuruNanda before trying the oil detox myself, however there are countless videos and articles online that explain the technique further. After trying the oil detox for a few weeks, I was surprised how easy it was to integrate the process into my usual morning or evening routine.

Although it’s hard to measure or know exactly know many toxins were removed from my body, I have to say, I would rather take the side of caution here.  Just because my results were hard to measure doesn’t mean I will stop using the oil pulling detox. It’s an easy process to add to your daily or weekly routine, and there’s no harm in adding a healthy habit to your schedule. The only downside to report is swishing oil in your mouth for 15 minutes can seem a little more tiring than you would think. Verdict: 100 percent worth trying out!