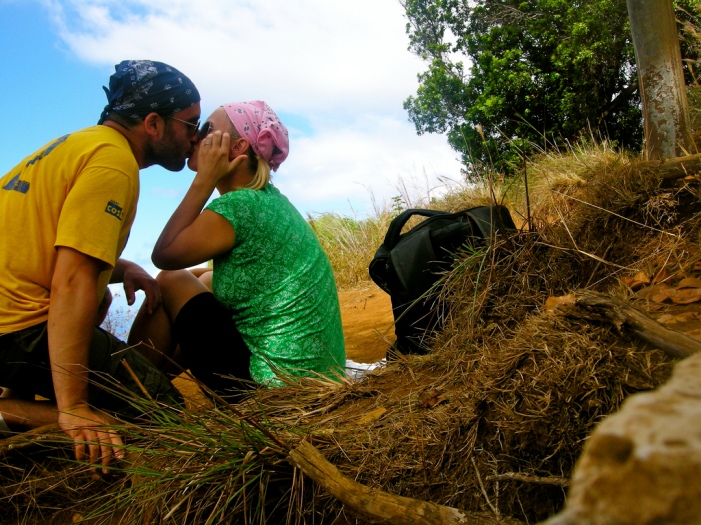 My husband and I met in August 2001, on the very first day of college. This statement now dates me, but I have grown wiser over the last (nearly) eleven years in learning how to maintain a balance between our diverse, and dissimilar, interests. With that said, for a majority of the times, it appears that when I engage in any of my husband’s hobbies, we unintentionally put our lives at risk. This may be my own perception, as I do not enjoy many of my husband’s activities. It should be mentioned, however, that after a few instances/outings, my husband has purchased flowers, massage packages and dinners, as an apology – or an olive branch. In the story that I will discuss, my husband didn’t need to give me an olive branch, he needed an olive tree, or a winery.

Our relationship reminds me of the show Green Acres, wherein I prefer Times Square over fresh air and farm living. As we are both from various parts of New Jersey, I enjoy city life and the closeness of malls, food, hospitals and other human beings. My husband, on the other hand, lived in the middle of nowhere, where a trip to any of these places, or to a friend’s house, would be enough for me to forgo the trip altogether. I am lucky, in the fact that my husband will accompany me shopping, going for walks and watching sports – yes, watching sports. Unfortunately, I am the one in the relationship obsessed with sports and because of it, and the need to purchase the packages every season, I am in charge of the cable bill. It is a chore for him to watch a baseball game, so it is only fair that I accompany him in some of his activities, such as hiking and riding on the ATV.

Although we both love being outdoors, our view and definition of what the term “outdoors” encompasses, is dramatically different. This is especially true since we have moved to another state. Scorpions, snakes, mountain lions, coyotes and other foreign wildlife (to me) is not something that I have, nor will, adapt to. For me, I like to engage in outdoor activities that do not place me in isolated places. And this is where my story begins.

My husband planned a day trip, going for a “short walk” around a few lakes up north and then to a nice dinner. The scenery was absolutely breathtaking. Since it was to be a “short walk”, I left my purse in the car. If you were to know me, you would gasp and ask if I was running a fever. My purse is another appendage and contains the essentials for daily living: for example, my cell and pink lip gloss. For the first hour of our trip, I was enjoying nature and the thoughtfulness of my husband. As we passed joggers, other couples/families walking and bicyclers, I was admiring the beauty of the area and thankful that I was able to share this experience with one of my best friends. We continued to walk, and as we did so, making random turns in the forked paths, a passerby was seldom, then eventually, non-existent.

As I began to voice my concern to turn around, my husband declared that we continue, for he stated that the path would “loop” around. How wrong was he? Let’s see….the only life we saw was in the far distance, which in the end, was a very good thing. As we continued walking, we could vaguely see cars on a road that had to be at least five miles away. However, we began to approach ginormous boulders on both sides of the pathway and signs indicating sightings of mountain lions. Now, I cannot express in writing how my life flashed before my eyes, and the horror of what might be – that I may come into contact with one of the animals I have come to fear living in this wonderful state. To make a dramatic and anxiety-filled story cut very short, we reached the end of the trail, which did not “loop” around. We had to backtrack and make our way through the remote, secluded, isolated and desolate pathway(s).

The “short walk” was hours of walking without water, phones or defensive tools. What got us through this personal, traumatic incident? Talking about the future, laughing at one another, cracking jokes, making a plan if we were to be attacked by a mountain lion and being in the arms of one another. This “trip” brought us closer together and we learned to be better prepared (in many aspects). We were dealt lemons and attempted to make the best lemonade we could.

Although we did not encounter any wildlife, other than the occasional lizard, that trip has left a permanent scar. The moral of the story? Never leave your purse in the car and always be prepared for an emergency. Having my purse with me during this adventure would have saved some of my sanity, could have contacted me to family members to warn of my perceived imminent danger and would have provided me with items to utilize in a hypothetical altercation with a mountain lion. The typical female’s bag has enough items that can be utilized to defend against many external threats. Because of this experience, I have composed an emergency bag. Items have been added throughout the years, or adventures. My emergency bag now stores many items, including an obnoxiously loud alarm, water bottles, an extra GPS, a map, flares and snack foods. Never forget your cell phone and always tell someone where you are going. Relationships are a give and take. Even if you do not necessarily enjoy the activity, remember that you are making the other person happy. Who knows? You may actually enjoy yourself as well! What makes the situation special and enjoyable is spending time with someone you love or whose company you enjoy. Make the best out of any situation by laughing and creating lasting memories.