There is very little more frustrating to a dedicated fan than a show that gets cancelled too soon. This was the fate of the CW’s Veronica Mars. The show, which featured a witty teenage detective (Kristen Bell) solving mysteries big and small, was forced to end abruptly after two and a half seasons. Fans were left feeling frustrated with the loose ends and lack of closure. 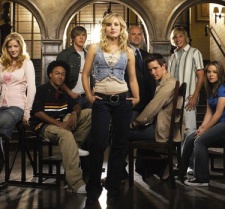 For years fans have hoped for a Veronica Mars movie – an opportunity for the showrunners to respectfully provide an ending to Veronica’s story and finally give longtime fans a sense of closure. While rumors of a possible Veronica Mars movie have popped up from time to time since the show’s 2007 cancellation, nothing has ever really materialized. Until now.

This morning the show’s creator, Rob Thomas, started a Kickstarter page for the Veronica Mars movie. The terms: if the movie can eary at least $2 million on Kickstarter within one month, a Veronica Mars movie will be shot this summer for a 2014 release. Of course this all depends on the cooperation of Warner Bros., who own the rights to Veronica Mars. But Thomas thinks if fans are dedicated enough to pitch in the $2 million, Warner Bros. may finally be convinced that there’s enough interest in the movie for it to be worth making.

Cast members have also participated in getting the Kickstarter project off the ground. The page includes a video promotion featuring Bell and costars Enrico Colantoni, Jason Dohring and Ryan Johnson, as well as a personal message from Bell.

When the Kickstarter page surfaced this morning, Veronica Mars fans responded quickly and passionately, and before noon the project had already raised $1 million. As of the publication of this article, Thomas & Co. have officially reached their goal of $2 million, and the total is constantly climbing.

Not only are fans thrilled with the idea of finally seeing a Veronica Mars movie, there are added incentives for anyone interested in contributing. Incentives range from a PDF of the movie script to a personalized video from Kristen Bell to a speaking part in the movie. Most of the larger incentives have already been snapped up, but you still have the chance to score a DVD of the movie, among other things, with a relatively small contribution. 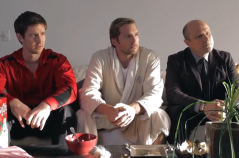 This is just one more fascinating example of how fans are able to exert their influence through new technology. The new season of Arrested Development on Netflix, the continued life of Cougar Town on TBS, and now a Veronica Mars movie – it just goes to show that a dedicated fan base can really make a difference for shows that were otherwise doomed to fade out without fanfare simply because networks didn’t think they received high enough ratings. Perhaps we’ll see more Kickstarter projects for fledgeling TV and film projects now that a precedent has been set.

Today has been a victory for Veronica Mars fans, and hopefully the movie will become a reality. We’ll just have to wait and see what new information surfaces, but for now check out The Veronica Mars Movie Project on Kickstarter for more details!