I’ve been completely obsessed with vampires for over half my life now. Granted, it has cooled down some in the wake of the recent onslaught of vampire-related media, but I still get excited any time a new project gets mentioned. Case in point is NBC’s new Dracula series, scheduled to come out this fall.

I’m not a huge fan of Jonathan Rhys Meyers, who will be playing Dracula in the show, but I’m sure if his The Tudors performance is any indication that his Dracula will be both seductive and terrifying. In spite of Meyers’s presence, I’m definitely willing to give the show a shot. While the summary on NBC’s website sounds mostly like the original Bram Stoker novel, there are intriguing hints about electricity, the “new technology” that could give the show an additional push.

Dracula is, obviously, the king of all vampires, but after years of devouring practically everything vampire, there are quite a few others to whom I’m partial. Given that Dracula will be just the latest in a long line of vampire television shows, here’s a list of my personal top five vampires on the small screen.

So, this list wouldn’t be complete without at least one Dracula-type vampire, and here’s my favorite. The Count has basically everything you could want in a typical vampire portrayal with his long cape, pointy ears, and prominent, sharp teeth. He helps teach kids how to count in his heavy Eastern European accent, and if he also happens to give them a healthy appreciation of Bela Lugosi and Count Dracula himself, more power to him. 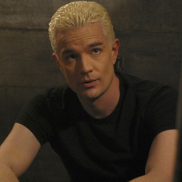 Although I wasn’t keen on Spike’s plot in later seasons, I particularly enjoyed early, eviler Spike. Mostly because he was hilarious. From snarking at Buffy’s mom and Giles to making fun of Angelus, Spike could always make me laugh. It just got better in season four when he had to team up with the Scoobies against his will, giving such gold as “Pangs” where a tied-to-a-chair Spike has to contend with arrows and large bears. Snarky Spike, although present somewhat in the later darker seasons, was still much missed by me.

Disclaimer here: I’m not saying Moonlight was a great show. Did I watch it and mostly like it for its 16 episode run? Yes, but that doesn’t mean it was great. However, it did have Alex O’Loughlin’s private eye vampire, and for those of us still in denial over Angel’s cancellation, it was enough. Mick and Moonlight were different in the ways they brought vampires into the 21st century. Mick could be out in the sun for short periods of time, digital cameras could see him, and holy relics or a stake through the heart wouldn’t kill him. Although the show got cancelled early on, Mick was still a memorable addition to the vampire canon. 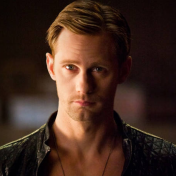 Okay, I’m really behind on True Blood (aka I’ve only seen through season 1 and part of season 2), but Eric nevertheless earns a spot on this list. The fact that he’s played by Alexander Skarsgard helps a lot, but Eric also stands up on his own as a character. I particularly liked his relationship with Pam, which I hear gets even better in later seasons, and my favorite scene by far is in season 2’s”Keep This Party Going,” when he kills a guy in front of Lafayette and demands, “Is there blood in my hair?” You’ve got to like a vampire whose major concern after ripping someone to shreds is whether his hair is ruined or not.

Ten year old me was probably super biased because of her unending love for David Boreanaz, but Angel was my absolute favorite vampire hands down and still is. I got into watching television because of his romance with Buffy, and he was the tortured vampire with a conscience before that archetype got cool. Plus, when he was bad, he was really bad. Remember Jenny Calendar?

Whether you think I ranked them right or have your own thoughts on who the number one small screen vampire should be, you can go vote now  for your choice in our Poll: Who’s Your Favorite TV Vampire? on The Daily Quirk!