“Are you kidding? Is he serious?? How dare he say that?!” I know, it’s a pretty bold title, but just wait a sec…since the wheels have officially started to roll on the Fifty Shades of Grey movie with the recent casting of Dakota Johnson (The Social Network, 21 Jump Street) and Charlie Hunnam (Pacific Rim, Sons of Anarchy) as Anastasia Steele and Christian Grey in the long-awaited film adaptation of the erotic novel by E.L. James, there’s been backlash. Like a lot backlash – to the point of an online petition rallying against the lead actors, demanding the filmmakers change the roles, preferably to the much-chatted about Matthew Bomer (Magic Mike, White Collar) and Alexis Bledel (Mad Men, Gilmore Girls). But like the recent casting of Ben Affleck as Batman, naturally there is going to be an outcry among fans when a certain actor or actress takes on a coveted fictional character within pop culture. So, also like the recent casting of Ben Affleck as Batman, let’s take a second to step back and look at the upcoming adaptation and five reasons Fifty Shades of Grey could work. END_OF_DOCUMENT_TOKEN_TO_BE_REPLACED

In the past year, Australian born actress Lauren Watson has quickly become a fan cast favorite for roles in not one, but two hotly anticipated book to movie adaptations, “Ana” in Fifty Shades of Grey and “Abby” or “America” in Beautiful Disaster, a pretty impressive achievement for a young independent actress. We first interviewed Watson last year (read the interview here) when an internet campaign started by fans supporting her for the role of “Ana” was brought to our attention. Multiple news outlets picked up on the buzz about the beautiful young actress that had the internet in a frenzy and things really began to heat up when it became clear she would take second place (first place went to seasoned actress Alexis Bledel) in our highly publicized “Who Should Play Anastasia Steele?” Poll (now closed).

The support did not stop there as fans quickly realized Watson makes just as convincing a blonde as she does a brunette. That combined with her talents as an actress got fans thinking she would be a great choice for another much hyped book to movie adaptation, Beautiful Disaster. Although fans seem split on whether she would make a better “Abby” or “America” they can agree that they would love to see her in the film.

I recently got the chance to catch up with Watson to talk Fifty Shades, Beautiful Disaster, and what it’s like having such incredible fan support. Read on for the interview…

END_OF_DOCUMENT_TOKEN_TO_BE_REPLACED

Since E.L. James’ best-selling novel “Fifty Shades of Grey” hit the bookshelves in June of 2011, rumors of a film adaption began to stir. After nearly a year of deliberation on whether or not it was possible for a film to suit the erotic genre of the popular novel, all the rumors were finally put to rest. On March 26, 2012, Focus Features and Universal Pictures announced that they had bought the rights to the film adaption of “Fifty Shades of Grey,” setting fans and fan sites in a frenzy. Even though many had their ideal Christian Grey and Anastasia Steele already in mind, knowing that casting could soon be decided took the world and the fandom by storm. END_OF_DOCUMENT_TOKEN_TO_BE_REPLACED

Lauren Watson first came to our attention when fans started bombarding The Daily Quirk email inbox requesting she be added to our poll “Who Should Play Anastasia Steele?” (poll now closed). After doing some research, we realized Ms. Watson is a lot more than just a pretty face (that just so happens to be incredibly similar to EL James’ description of Anastasia Steele), she is also a talented actress and filmmaker, who comes across as incredibly genuine and sweet. We are thrilled to bring you an interview with Lauren Watson, an up and coming actress we are sure you will be seeing a lot more of in the future.

On to the interview!

END_OF_DOCUMENT_TOKEN_TO_BE_REPLACED

I first became aware of the Fifty Shades of Grey fan trailer phenomenon when someone sent me a link to a trailer (featured below) by Chelsea Lincoln. I was amazed by how real it looked and found myself clicking from one of her videos to the next continually surprised by the finesse and attention to detail that went into making them. From there, I was quickly surfing around youtube watching one trailer after another amazed by the sheer quantity of fan created trailers out there and sometimes amazed by the quality of these creations, like in the case of Ms. Lincoln’s. After yelling at the friend who sent me the original link (I seriously wound up losing at least two hours of work time), I moved on and forgot about the Fifty Shades fan trailers for awhile… until The Daily Quirk started receiving emails about them.

END_OF_DOCUMENT_TOKEN_TO_BE_REPLACED

The Poll is now closed. Thank you for voting!

After meeting Christian Grey, Anastasia Steele slowly transforms from an innocent and somewhat naive English Literature Major to an adventurous (albeit still wide-eyed) woman with an even more adventurous “inner goddess.” Lots of women want to be Anastasia Steele and seemingly just as many would like to play her in the upcoming movie version of Fifty Shades of Grey! We want to know, who do you think would be the best actress to bring this character to life on the silver screen? 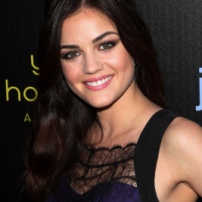 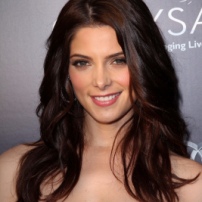 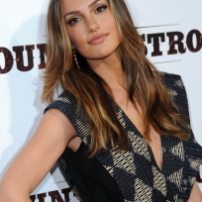 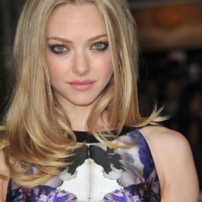 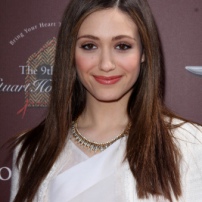 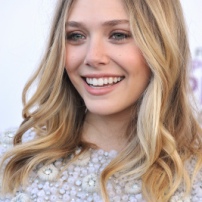 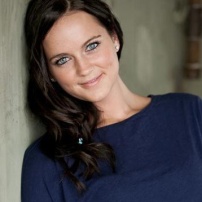 Please note, this poll is for entertainment purposes only and is in no way associated with E.L. James, Vintage Books, Universal Pictures or Focus Features. One vote per individual. Comments are closed. Poll ends  12/31/12.

Thank you to the following fan pages for sharing our poll:

Fifty, Christian Grey, Escala, Charlie Tango, Red Room, the boathouse, (SPOILERS!!) car chases, kidnapping; there’s something for everyone when it comes to the infamous Fifty Shades Trilogy. Over a year after the first book’s release,  the masses are still flocking to book stores and purchasing the set on their e-readers… and for good reason. Strikingly handsome bachelor Christian, who lives in a world of riches and sophistication (among others things) sweeps “regular, average” Anastasia off of her feet and into a world she never dreamed of, and together they create a connection neither can avoid or control. These books are reaching out to a larger demographic than I think anyone could have predicted. Everyone and anyone is itching to get their hands on them. Yours truly read each book 3 times, 3! I had to focus on the music the second time around, and the 3rd, was just for good measure. END_OF_DOCUMENT_TOKEN_TO_BE_REPLACED