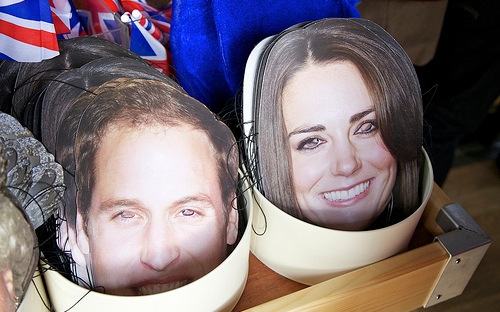 It’s been two years since I spent a semester abroad in England, and I miss it every day. Like an ever increasing number of Americans (and other nationalities), I am afflicted with Anglophilia. Okay, maybe afflicted isn’t the best word. It’s not like Anglophilia’s a disease or anything, just a perfectly healthy interest in England and English culture. Of course, there are varying degrees of Anglophilia, but it’s much more than liking British accents.

One thing an Anglophile might notice in the previous sentence is my use of the term “British,” which he or she would know encompasses more than solely England, extending to Wales and Scotland as well because they’re part of Great Britain.

An increasingly global culture with a specific interest in England in the past few years because of the London Olympics, the Royal wedding and now the royal baby has led to growing appreciation of English culture and a growing number of Anglophiles.

Think you or someone you know might qualify? Take a look below to see some of the ways you can recognize Anglophilia in yourself and others.

You know how to “properly” spell words.

It’s a fairly well known fact that British and American English differ in several ways, including punctuation and spelling. What makes a person an Anglophile, however, is if they prefer British English words. My fellow Anglophiles may agree with me and use “cancelled” over “canceled,” “theatre” over “theater,” and “pyjamas” over “pajamas.” Just be careful not to go overboard on the alternate spellings. Professors and non-Anglophiles probably won’t be as understanding.

Really, you should probably know that even if you aren’t an Anglophile, but it’s true that a common type of Anglophilia stems from a love of English books and authors, including William Shakespeare, Jane Austen and J.K. Rowling. As a former English major, I have this type of Anglophilia in spades, and I love reading English copies of novels to see what words they use that Americans might not. One British word that’s much more common in the US today is “ginger,” which crossed over during the Harry Potter years. Luckily, most Americans seem to use it simply to mean red-headed and don’t grasp its negative connotations.

You don’t understand the social stigma against eating alone.

While in England, I was told multiple times that eating alone was perfectly acceptable, and I often saw people sitting alone in cafés and pubs. In the US, I don’t feel like eating alone is encouraged. An important food staple for Anglophiles? Cadbury chocolate, which is usually only available in the US near Easter. For those who don’t want to wait that long to express their Anglophilia, you could start referring to your takeout as “takeaway.”

You fondly remember the British Invasion (both of them) or maybe just belt out Adele.

Some of my earliest stirrings of Anglophilia came from my love of the Spice Girls and S Club 7, and of course, I love the Beatles. Liking British music is such common practice that it might be weird to think of it as liking English culture. But judging by the number of people I have talked to who don’t know who S Club 7 is, it’s not always as common as you might think (For those who don’t know, S Club 7 was a pop group from the late ‘90s/early ‘00s who also had a TV show on Fox Family before it was renamed ABC Family).

You know there are more channels than BBC.

And I don’t mean there’s BBC One, BBC Three, etc. An Anglophile would also know about ITV and SKY at least. Television has been a very good way to decide if someone is an Anglophile, and shows like Doctor Who,Sherlock and Downton Abbey broke down country barriers by appealing to Americans and Britons alike. For those television-loving Anglophiles among you, I would recommend checking out dramas Luther and The Hour, and comedies Miranda and The IT Crowd for the slices of English life you so crave.

If you identified with any or all of the above, you may be an Anglophile. Congratulations! You should wear your new title with pride. But I also want to caution you. Being an Anglophile is far different from actually being English. Enjoy any trip to England you can get, but don’t put on your best British accent while there. Appreciating the country and the people is good enough. 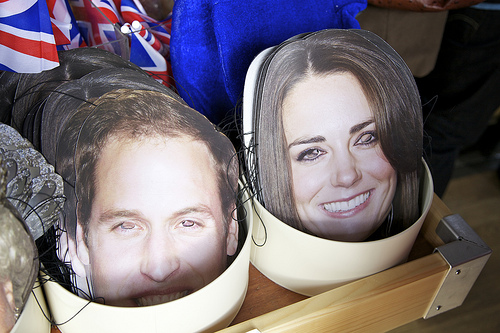 It’s been two years since I spent a semester abroad in England, and I miss it every day. Like an ever increasing number of Americans (and other nationalities), I am afflicted with Anglophilia. Okay, maybe afflicted isn’t the best word. It’s not like Anglophilia’s a disease or anything, just a perfectly healthy interest in England and English culture.
Of course, there are varying degrees of Anglophilia, but it’s much more than liking British accents. END_OF_DOCUMENT_TOKEN_TO_BE_REPLACED