Taylor Swift might be the reigning Queen of the break-up song when it all goes sour but she ain’t the only one to pen a song about a nasty break-up. Celebs have been airing their dirty laundry for all to hear via their music for a long time! Sometimes it even ends in a war, just ask Eminem and Mariah… END_OF_DOCUMENT_TOKEN_TO_BE_REPLACED

Let me preface this write-up with the disclaimer that I am in no way a music expert, but I would like to think of myself as someone that could, in another lifetime, be best friends with Britney Spears. I mean, I have grown up with this girl. I went to Catholic school. I love Titanic and I thought the old lady dropped it into the ocean in the end too, B. END_OF_DOCUMENT_TOKEN_TO_BE_REPLACED

I had a vision for this article. It was something along the lines of, “How can I write something where it would be relevant to include the music video for Independent Women Pt. I by Destiny’s Child?” (The creative process at its best, y’all!) END_OF_DOCUMENT_TOKEN_TO_BE_REPLACED 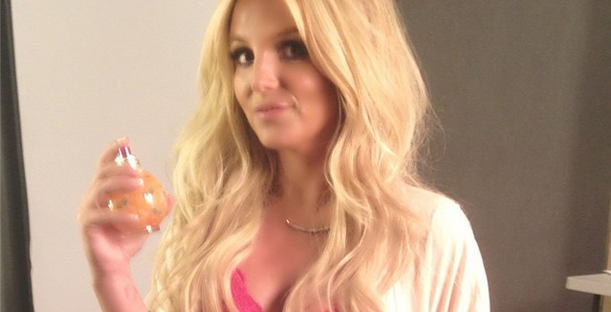 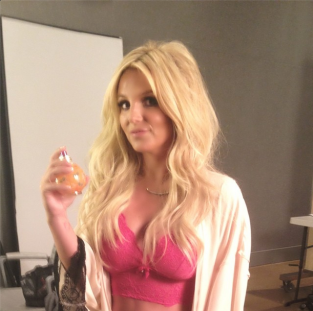 We love her, we hate her, we love to hate her, and we hate to love her. Britney Spears has a complicated relationship with the public, but she seems to be using social media to bridge the gap that’s formed between herself and her fans.

A Google News search of “Britney Spears” returns not stories about rehab or concerts or hairstyles but a smattering of news items about her Internet posts. The Huffington Post declared Britney the official “Queen Of Pop, Summer And Having Adorable Children,” largely based on evidence gleaned from her social media posts.

Are Britney’s recent posts a way to return to the public eye, a sign of a new agent or just a fun way to engage with more people? I have no idea, but do we ever know what Britney’s thinking, anyway?

The star’s Facebook & Instagram feeds are full of videos and photos of her daily life with comments like “How I spend my Saturdays….lol.” These include posts about herself and about her two sons. She also has photos and comments about her niece. A peek into Britney’s life shows it’s not especially glamorous, but seems to imply that it’s simple and not so far removed from the average person’s world.

These photos get hundreds of thousands of likes and thousands of comments. The profiles aren’t free from publicity posts, though — there are several promotional images for her Vegas show “Piece of Me,” links to vote for Britney in contests and a post promoting her sister Jamie Lynn Spears’s recent EP on iTunes. Her Twitter, Instagram and Google+ posts are generally duplicates of the Facebook posts.

The star also has a verified Pinterest page, but according to the bio it is “run” by fans and interested individuals can “curate” a board if they wish, and many of the boards have multiple contributors. The majority of the content is images of Britney through the years, organized by time or type (e.g. “Hair-ney,” “Oops…I Did It Again Tour”).

Britney has called her 2005 show with Kevin Federline, Chaotic, and the “worst decision” of her career. Heavily criticized, the show was seen as proof of the singer’s narcissism, which didn’t exactly have a favorable impact on her image.

Britney stayed out of the public eye for a while after that, and her social media comeback seems to be a way to show that she is indeed a “normal person” rather than some kind of crazy woman who shaved her head, did drugs, made a failed television show about her own life or wore a denim gown.

Wondering what we’ve been listening to? Check out This Week’s Quirky Playlist for music recommendations from The Daily Quirk Team. Listen to the Entire Playlist on the new Daily Quirk Spotify Channel or check out individual songs via the links below. Happy Listening! END_OF_DOCUMENT_TOKEN_TO_BE_REPLACED

Taylor Swift might be the reigning Queen of the break-up song when it all goes sour but she ain’t the only one to pen a song about a nasty break-up. Celebs have been airing their dirty laundry for all to hear via their music for a long time! Sometimes it even ends in a war, just ask Eminem and Mariah… END_OF_DOCUMENT_TOKEN_TO_BE_REPLACED