The early 2000s saw a huge boost in superhero movies, and among this early set was the nearly universally-panned film Fantastic Four (2005). Now, although I was only 14 when the movie came out, I’d like to think my movie taste wasn’t terrible, and I liked the movie so there must have been a special something about that particular story because I agree that the sequel was terrible. END_OF_DOCUMENT_TOKEN_TO_BE_REPLACED 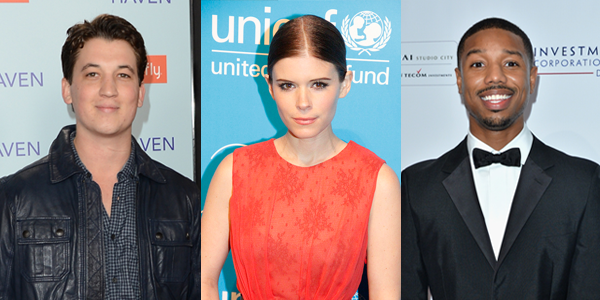 The powerhouse that is Marvel Studios has recently revealed another super team that isn’t The Avengers or Guardians of the Galaxy: The Fantastic Four, directed by Josh Trank (Chronicle) is set to be released June 19, 2015. Obviously, Marvel wants to continue their string of successful superheroes on the big screen that arguably started with Iron Man in 2008 and the pitch-perfect Robert Downey, Jr. Trank is no stranger to the genre, as he brought a refreshing spin to the found footage movie as well as defining what it means to be a superhero in Chronicle. Based on this casting news, it seems Trank is exploring the last half of that theme once again. Below is the list of actors that make up the reboot of this age-old, fan-favorite team that was last brought to the screen (with lukewarm results) in 2005, with Ioan Gruffudd, Jessica Alba, Chris Evans and Michael Chiklis. END_OF_DOCUMENT_TOKEN_TO_BE_REPLACED

Who is actress Rooney Mara? She is a question mark wrapped in an enigma. There are a multitude of adjectives to describe her cool demeanor: icy, aloof, standoffish, unreadable; but I believe that there is much more beneath the surface. Think of her as an iceberg of sorts, and I mean that in the most flattering way, because only about ten percent of who she is shown to the media and the public, and the other ninety percent lies just below the surface. Yet surprisingly she landed the lead role in David Fincher’s adaptation of Girl With a Dragon Tattoo, which earned her a Best Actress Oscar nomination, starred alongside Channing Tatum in last year’s Side Effects, and she landed a Downtown Calvin Klein fragrance campaign. So what is the big deal with Rooney Mara? Well gather round, one and all, as I shed some light on what makes the famously broody actress so great. END_OF_DOCUMENT_TOKEN_TO_BE_REPLACED