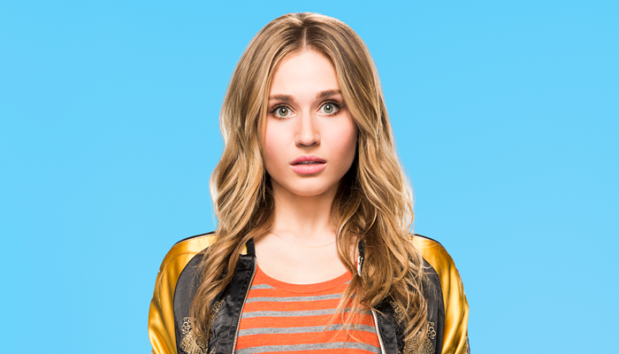 Rita Volk as Amy in FAKING IT (Image Credit: MTV)

Rita Volk is one smart, talented and grounded actress. At least that’s the impression we got when The Daily Quirk sat down for an exclusive interview with her at MTV Studios. On the verge of becoming one of MTV’s newest it girls, Volk stars as “Amy” in Faking It, the network’s latest scripted series about two best friends who soar to high school celebrity status when they’re mistakenly outed as a lesbian couple. Check out the interview below, where we discuss how Volk got the role of Amy (spoiler- she originally auditioned for another role!), what it’s like being part of a groundbreaking show like Faking It and the other MTV show she would love to see her character Amy have an episode on! And don’t forget to tune in for Faking It April 22 at 10:30 p.m. ET/PT END_OF_DOCUMENT_TOKEN_TO_BE_REPLACED

Rita Volk, Katie Stevens and Gregg Sulkin sat down at the MTV Movie Awards to give fans the inside info on their new MTV show Faking It. Watch the interview below to find out what attracted them to their roles in Faking It, why they think the show will appeal to the MTV audience, and the message they hope it helps to spread. END_OF_DOCUMENT_TOKEN_TO_BE_REPLACED